For research use only. Not for use in diagnostic procedures. 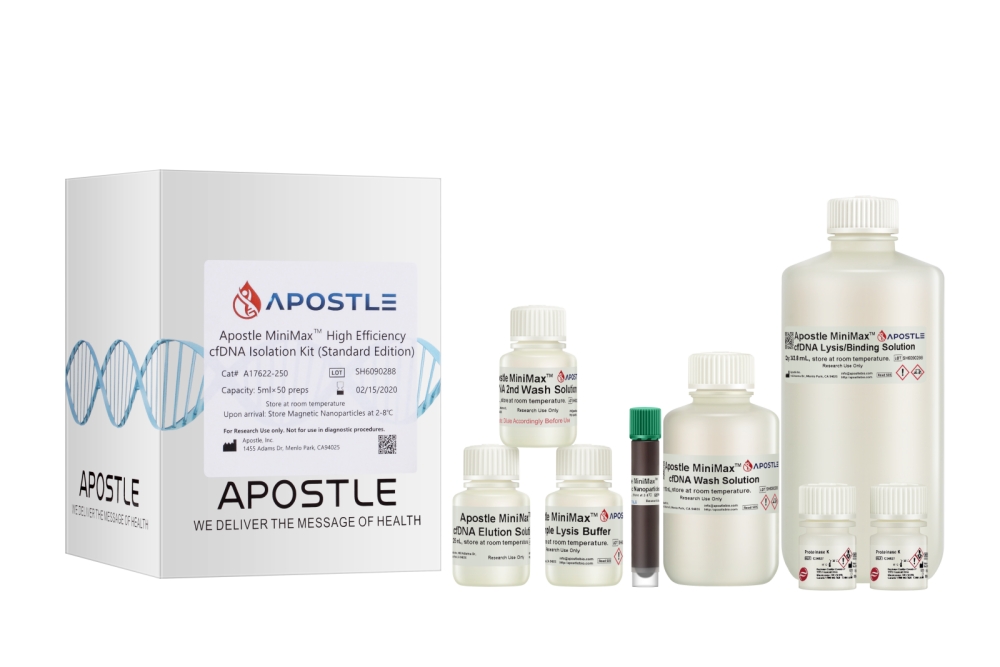 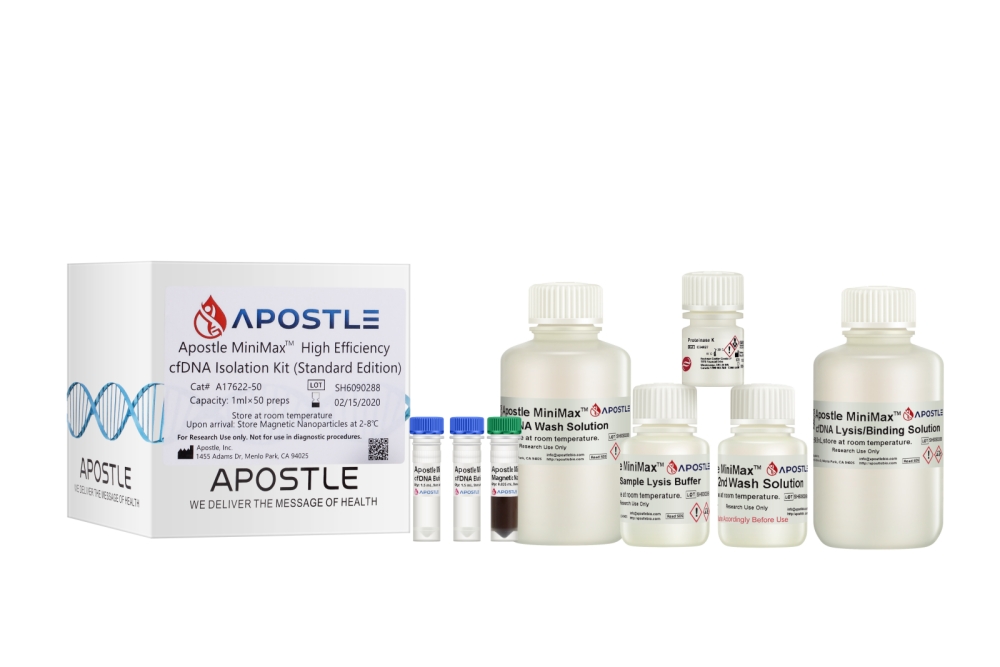 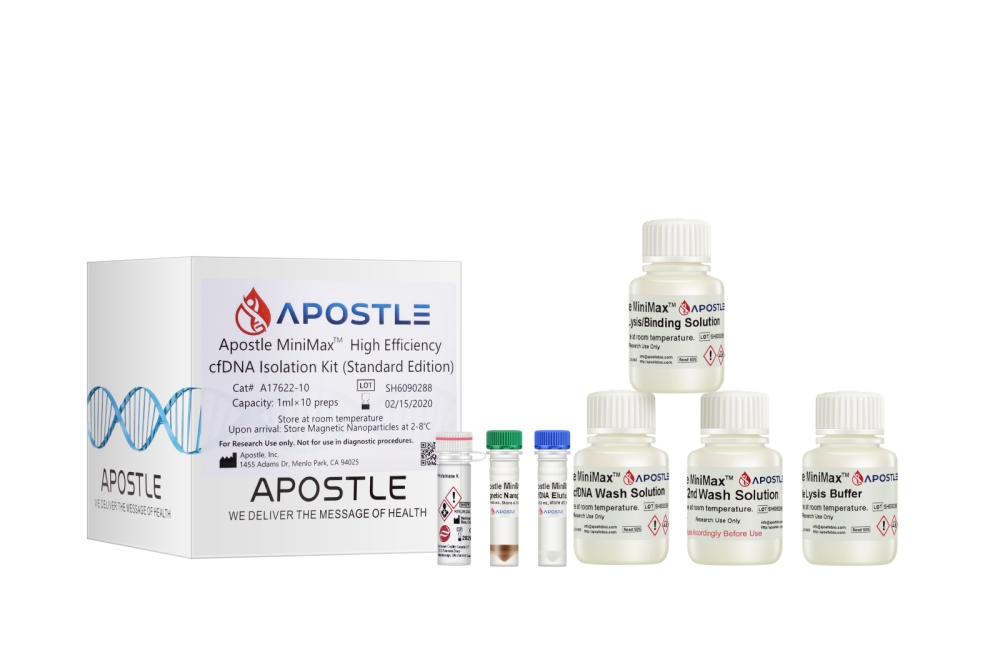 Apostle MiniMaxTM technology offers a best-in-class efficiency and purity compared with conventional technologies to capture and isolate the circulating cell-free genetic materials. It has been trusted by many of the world's most prestigious leaders in life sciences.

"...This includes recognizing that an innovative product from a startup like Apostle is the best technology to address these needs." said Steve Wowk, Director of Genomics, Beckman Coulter Life Sciences.

A) Cell-free plasma was separated from blood samples by centrifugation for 10 minutes at 2000g at 4oC, then centrifuged for 10 minutes at 16000g at 4oC. cfDNA was isolated from 4mL plasma with Apostle MiniMax High Efficiency cfDNA Isolation Kit (red curve) and major alternative product (blue curve). The isolated cfDNA was characterized by Bioanalyzer 2100. 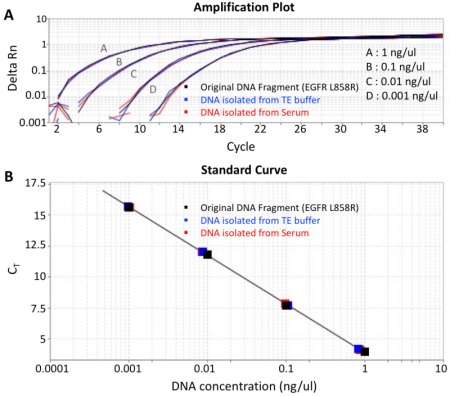 Apostle MiniMax technology has been applied in world-class research and development projects of novel liquid biopsy technologies.  Some examples include:

Multiplex assays, involving the simultaneous use of multiple circulating tumor DNA (ctDNA) markers, can improve the performance of liquid biopsies so that they are highly predictive of cancer recurrence. We have developed a single-tube methylation-specific quantitative PCR assay (mqMSP) that uses 10 different methylation markers and is capable of quantitative analysis of plasma samples with as little as 0.05% tumor DNA. In a cohort of 179 plasma samples from colorectal cancer (CRC) patients, adenoma patients, and healthy controls, the sensitivity and specificity of the mqMSP assay were 84.9% and 83.3%, respectively. In a head-to-head comparative study, the mqMSP assay also performed better for detecting early-stage (stage I and II) and premalignant polyps than a published SEPT9 assay. In an independent longitudinal cohort of 182 plasma samples (preoperative, postoperative, and follow-up) from 82 CRC patients, the mqMSP assay detected ctDNA in 73 (89.0%) of the preoperative plasma samples. Postoperative detection of ctDNA (within 2 wk of surgery) identified 11 of the 20 recurrence patients and was associated with poorer recurrence-free survival (hazard ratio, 4.20; P = 0.0005). With subsequent longitudinal monitoring, 14 patients (70%) had detectable ctDNA before recurrence, with a median lead time of 8.0 mo earlier than seen with radiologic imaging. The mqMSP assay is cost-effective and easily implementable for routine clinical monitoring of CRC recurrence, which can lead to better patient management after surgery. 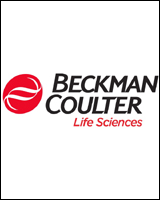 For more information about this partnership: https://www.beckman.com/news/liquid-biopsy-partnership-with-apostle