, and therefore, has become a biomarker for cancer and fetal medicine. In addition, it can be used for a wide range of conditions, including sepsis, aseptic inflammation, transplantation, etc.

A liquid biopsy is the sampling and analysis of non-solid biological tissue, primarily blood, often utilizing cfDNA as a biomarker. A liquid biopsy has unleashed the potential to track and monitor important diseases, such as cancer, in a non-invasive and more effective manner.

Extensive scientific research has shown liquid biopsy to have important advantageous properties for clinical utility (e.g., most recently 1-4). Therefore, it has been named as a top breakthrough technology that will disrupt healthcare especially for cancer by the World Economic Forum (2017) 5, Forbes (2016) 6, and MIT Technology Review (2015) 7. 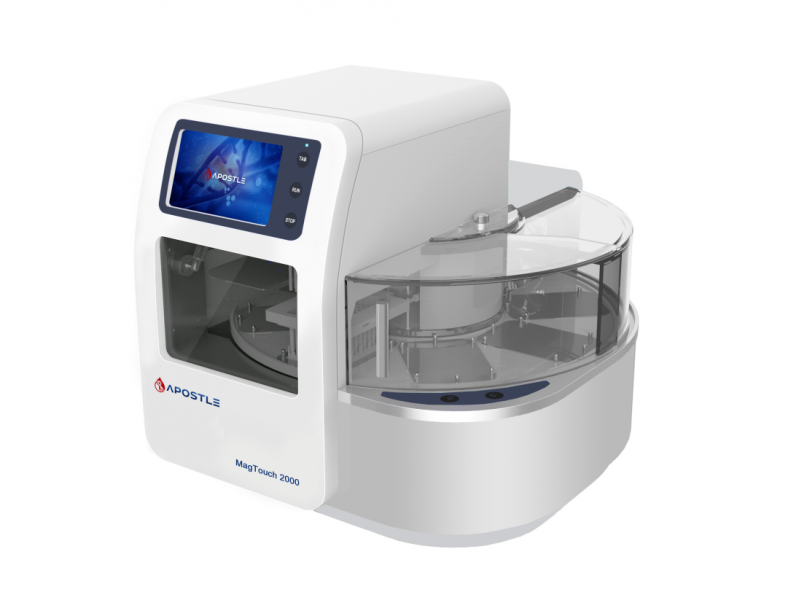 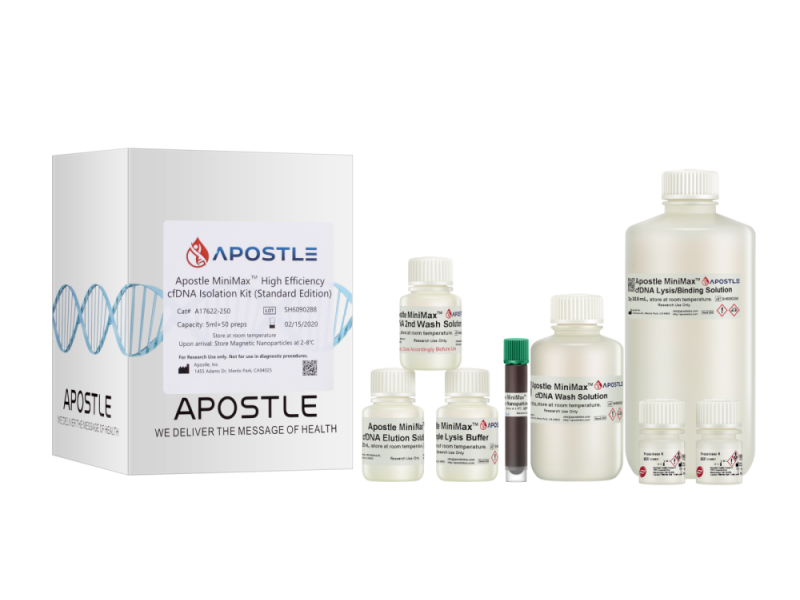 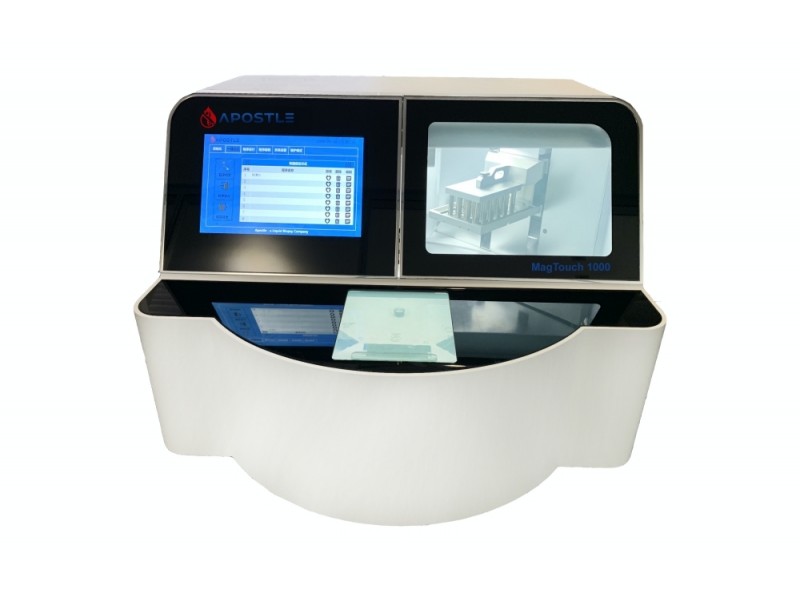 cfDNA is present in very small amounts in the blood plasma. Apostle develops a best-in-class technique 8-20, Apostle MiniMax TM, to efficiently capture this cfDNA from a standard blood draw, as well as other innovations in the space of liquid biopsy. We aim to improve the efficiency and accuracy of liquid biopsy, and consequently, improve the survival rate of patients.

All Publications
About Us
A recent independent study conducted by scientists from Johns Hopkins University and University of Pittsburgh, published in a peer-reviewed journal SLAS Technology, demonstrated that, "(Figure 4) Most notably, the Apostle particles outperformed all others, achieving almost 2-fold higher recovery yields than the particles supplied in the X kit". Read the article