Apostle technologies have been applied in many world-class R&D studies, clinical laboratory settings, and public health response and surveillance.

This page lists some of the examples in NIPT (Noninvasive Prenatal Testing).

For a complete list of applications citing Apostle technologies, including publications and customer testimonials, see References. 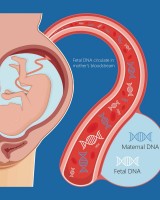 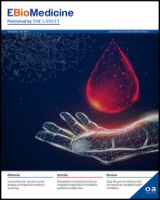 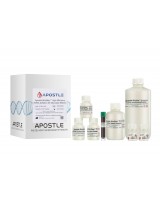 The cfDNA was isolated from 1 mL of each plasma sample by the Apostle MiniMax™ High Efficiency cfDNA Isolation Kit (Apostle Inc, San Jose, CA) in line with the manufacturer's instructions. 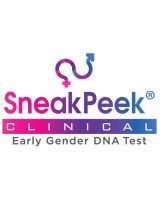 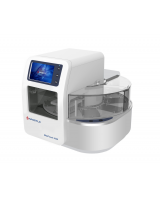 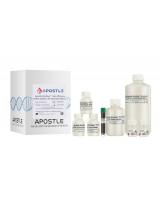 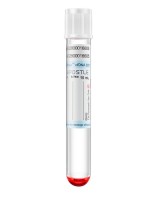 SneakPeek by Gateway Genomics was founded with the goal to make DNA-based prenatal and pediatric information accessible and affordable for parents everywhere.

The SneakPeek Early Gender DNA Test is designed to specifically focus on fetal sex and return just one answer – male or female. This enables the test to be run on magnitudes smaller volumes of blood than the typical non-invasive prenatal test. When maternal blood samples arrive at SneakPeek Labs, extracted cell-free fetal DNA is run through real-time quantitative PCR to detect with a sensitivity down to a single Y chromosome. If Y chromosomes are found, the result is a boy. If they are absent, the baby is a girl. The test is run in 3 hours with 99.9% accuracy¹.

The SneakPeek Early Traits DNA Test lets parents find out what their infant or child will look like as an adult, predicted nutrition levels and sleep behavior. The DNA collection process is simple with a rub of the inner cheek using a swab, no blood samples are required for this test making it easy for parents. When the DNA samples arrive at SneakPeek Labs, genotyping method is used to analyze the differences in DNA and determine which traits an individual may have as a result.

(Note: Apostle is a technological product provider to SneakPeek by Gateway Genomics). 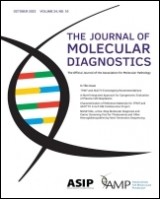 Methods: Assays were designed to target MSRE- compatible regions with high methylation contrast between maternal and fetal cfDNA. Fetal assays targeted sites hypermethylated in fetal cfDNA and maternal assays targeted sites hypermethylated in maternal cfDNA. The assay multiplex was tested against contrived and clinical samples using an in-droplet MSRE-ddPCR workflow. The reaction mix was dropletized to create about 20,000 droplets per 24-μL reaction, thermocycled, and analyzed in a QX ONE instrument. The thermocycling profile included a 45-minute MSRE incubation step prior to PCR amplification. Contrived samples were constructed by spiking DNA-free plasma with micrococcal nuclease-digested DNA from an amniotic fluid cell line ("fetal" component) and a B-lymphocyte cell line ("maternal" component). Clinical samples were remnant diagnostic samples with existing NGS non-invasive prenatal testing results attached. DNA was extracted from all samples with the Apostle MiniMax kit on the KingFisher Flex.

Results: From an initial set of 15 assays, a final five-assay multiplex was produced following amplicon sequencing with NGS and ddPCR screening. Although amplicon sequencing did not completely predict ddPCR performance and non- specific interactions, it was valuable for guiding the final ddPCR screen. The five-assay multiplex, consisting of three fetal assays and two maternal assays, produced an excellent linear response against contrived samples from 0% to 25% fetal fraction (R2 >0.99). Similarly, a high correlation was observed between ddPCR-estimated fetal fraction and NGS fetal fraction for a set of clinical samples (n=6, plus two non- pregnant controls, R2 >0.94).

Conclusions: As an epigenetic trait, DNA methylation is a useful way to discriminate between otherwise highly similar DNA sequences in an efficient and effective manner. Leveraging DNA methylation may be done with minimal impact to the standard ddPCR workflow. The high sensitivity, speed, and direct quantification of ddPCR make it an attractive alternative to NGS for fetal fraction estimation. 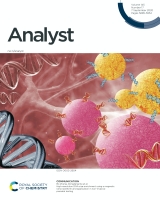 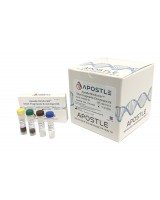 Precise DNA sizing can boost sequencing efficiency, reduce cost, improve data quality, and even allow sequencing of low-input samples, while current pervasive DNA sizing approaches are incapable of differentiating DNA fragments under 200 bp with high resolution (<20 bp). In non-invasive prenatal testing (NIPT), the size distribution of cell-free fetal DNA in maternal plasma (main peak at 143 bp) is significantly different from that of maternal cell-free DNA (main peak at 166 bp). The current pervasive workflow of NIPT and DNA sizing is unable to take advantage of this 20 bp difference, resulting in sample rejection, test inaccuracy, and restricted clinical utility. Here we report a simple, automatable, high-resolution DNA size enrichment workflow, named MiniEnrich, on a magnetic nano-platform to exploit this 20 bp size difference and to enrich fetal DNA fragments from maternal blood. Two types of magnetic nanoparticles were developed, with one able to filter high-molecular-weight DNA with high resolution and the other able to recover the remaining DNA fragments under the size threshold of interest with >95% yield. Using this method, the average fetal fraction was increased from 13% to 20% after the enrichment, as measured by plasma DNA sequencing. This approach provides a new tool for high-resolution DNA size enrichment under 200 bp, which may improve NIPT accuracy by rescuing rejected non-reportable clinical samples, and enable NIPT earlier in pregnancy. It also has the potential to improve non-invasive screening for fetal monogenic disorders, differentiate tumor-related DNA in liquid biopsy and find more applications in autoimmune disease diagnosis.